This project pretends to make individuals think about the economical factor inside a couple´s relationship and how this influences a woman’s role.

100 hand-made notes were handed out in the streets of Madrid, very similar to the ones that announce “a painter is offered” and get stuck up at streetlights, poles and bus stops. Here a very particular offer was launched: “Young girl with smart appearance is offered for all that is expected from a woman inside a relationship: I will follow the traditional roles and even more, I will put up with unpleasant situations to maintain an economical status.” An e-mail address is given so that every person can send any answer or proposal.

I received hundreds of emails from men who wanted to meet the woman, asking for a photo and OFFERING a salary, including women who wanted the contacts of men who had written because they wanted to do the same and without demand so much.

The project quickly generated controversy with national and international repercussions, and in a few days it appeared published in newspapers, on tv programs, radio stations and internet and a lot of discussions were opened up because of that. 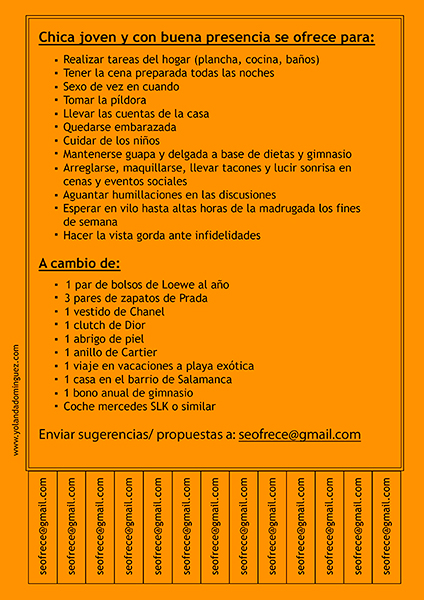 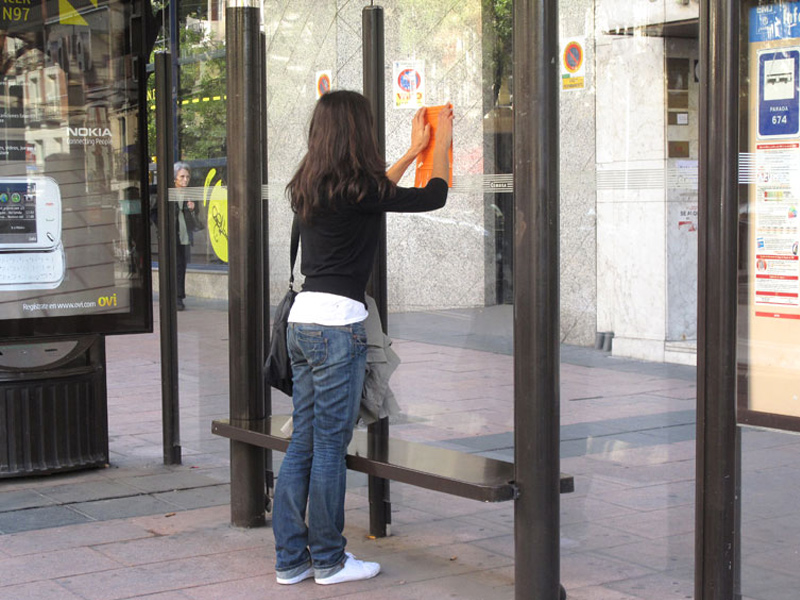 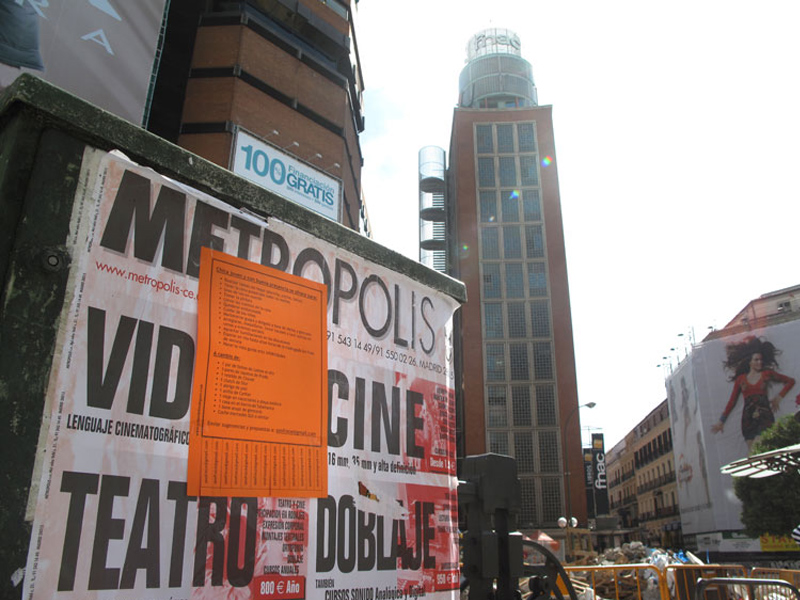 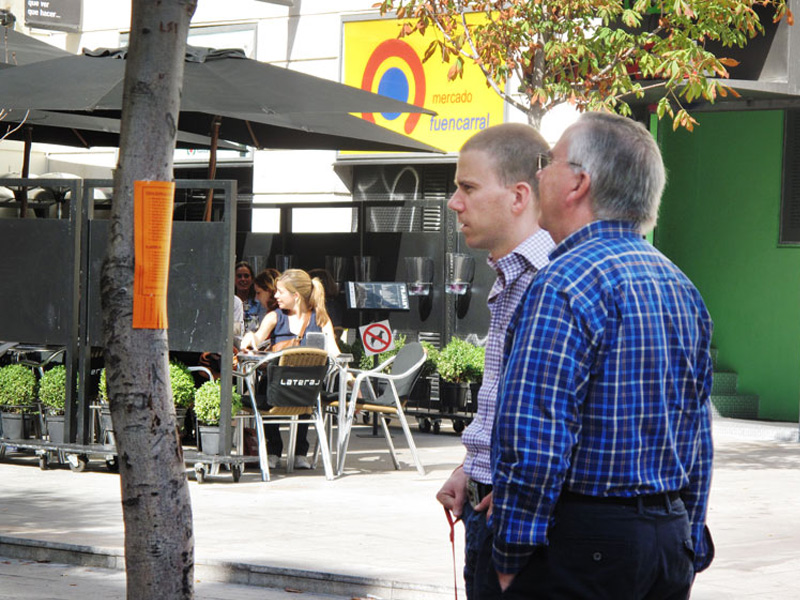 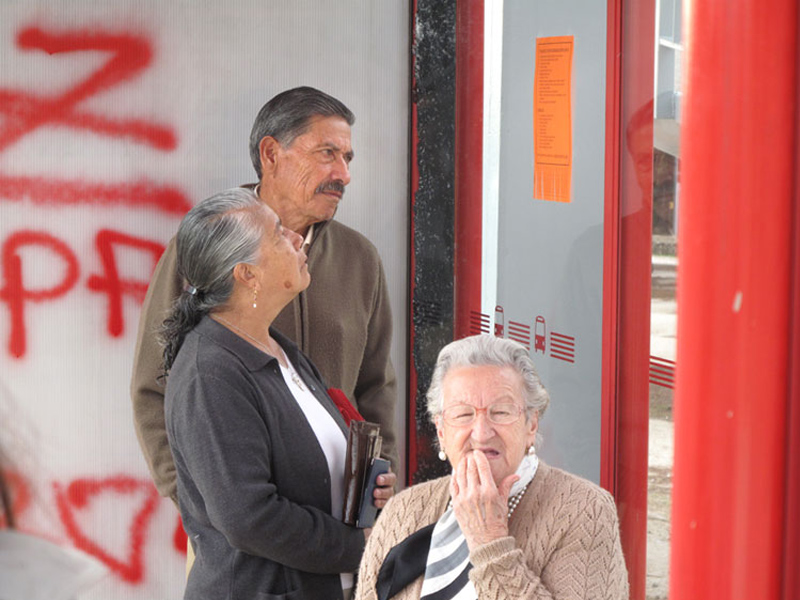 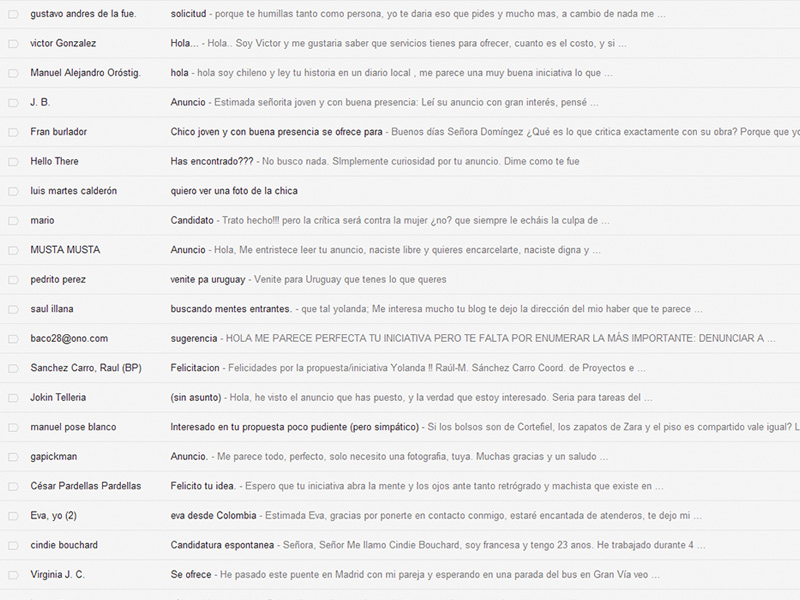 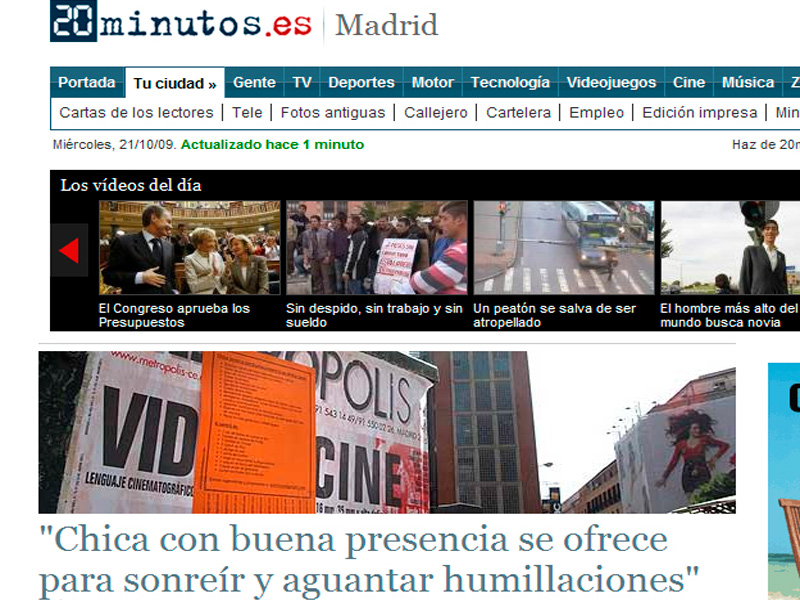 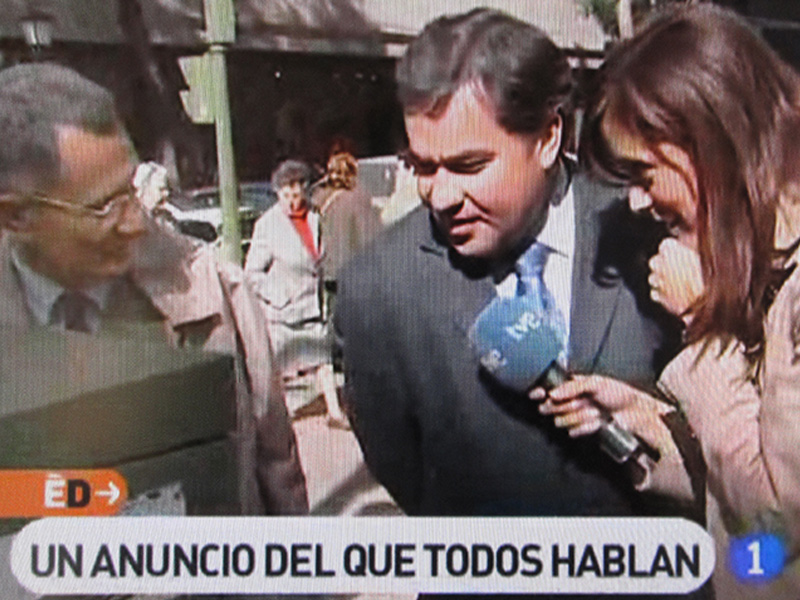