“Gym Win Session” is a participatory action aimed at women of all ages which goal is to practice triumph poses in order to integrate them into a normalized way of representing the female body.

The expressions and manifestations of victory in public spaces have always belonged to the masculine code. In our imagery it is very common to find male leaders and athletes represented in winning attitudes, raising their arms, exclaiming or reproducing poses of success, while women are educated for modesty, prudence, background roles and for being much more contained in their body gestures. A woman who shows signs of power in public is branded as self-centered and egocentric, as if she was not worthy of her success. Even sometimes women ourselves tend to downplay our achievements because we know we will be punished for them.

On the other hand, it is very difficult to find in mainstream media women represented in attitudes of power and triumph, rather the contrary: the feminine figure is constantly associated with weakness, thinness, and insecurity. It is therefore necessary to generate female references that bring forward the strong and courageous side of women, as we also need to unleash our corporal capacities in order to be able to express ourselves with freedom and to conquer the surrounding space.

The action lasts 30 minutes and is directed by a female gym trainer who propose different exercises and poses matching the rhythm of the music. Between them there are physical, vocal, individual and group expressions. At the end, each participant is given a diploma that certifies that they have passed the training and are prepared to express their success corporally. 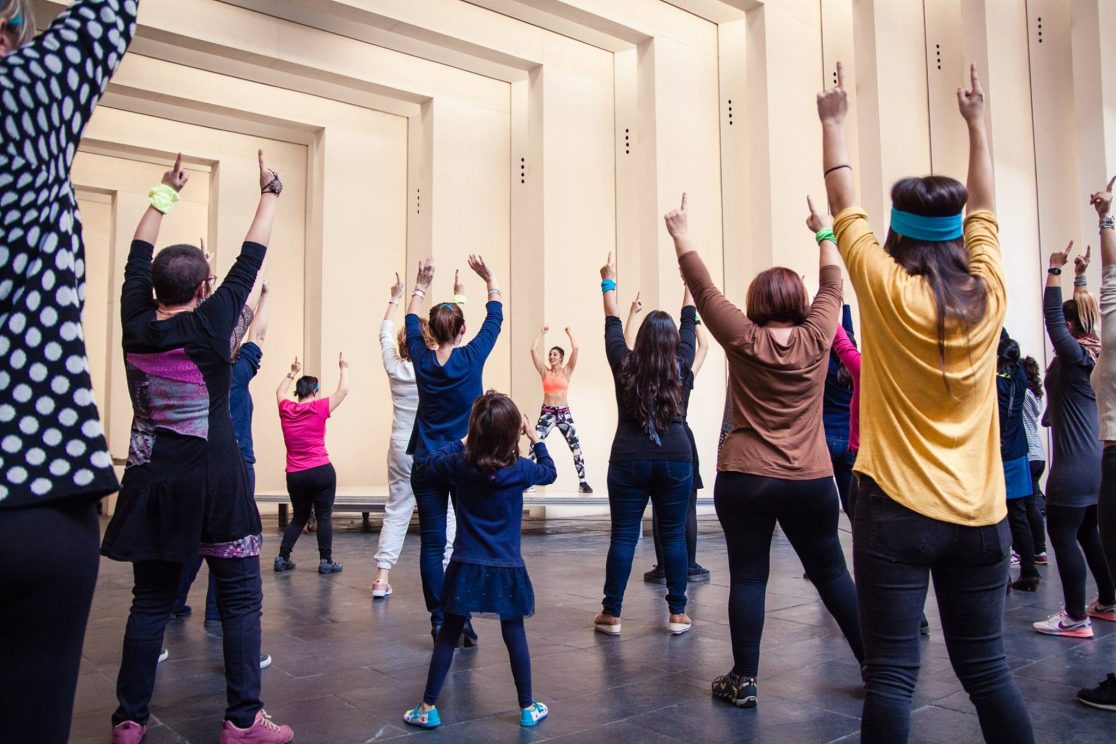 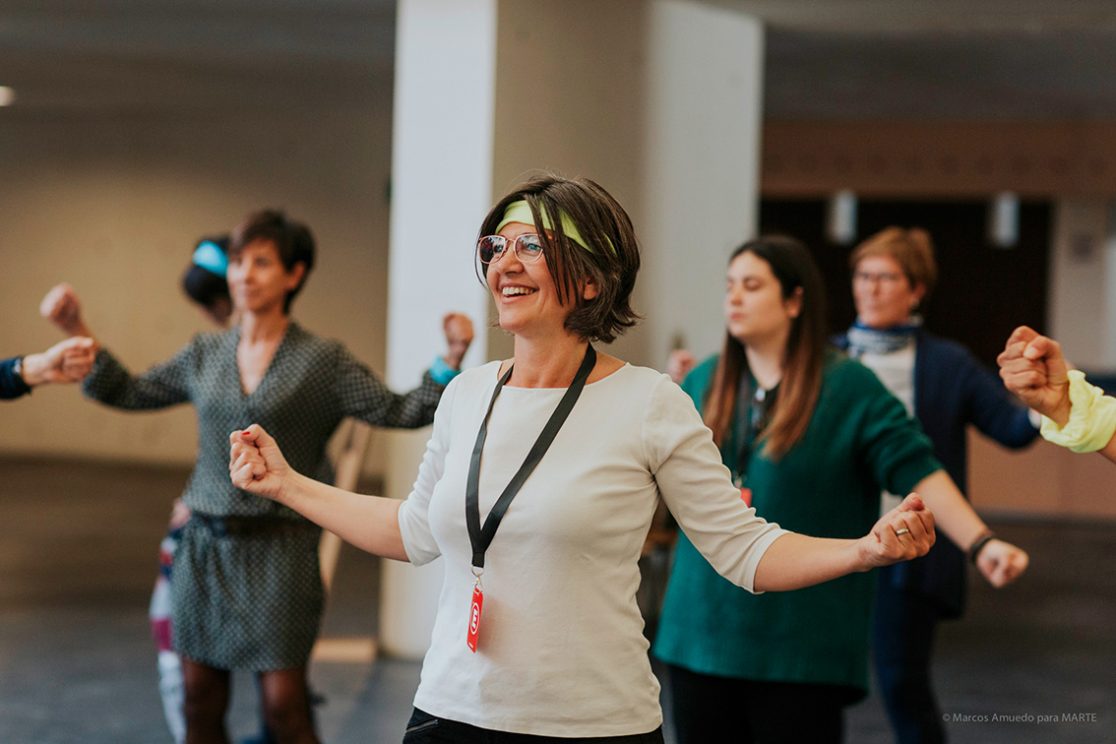 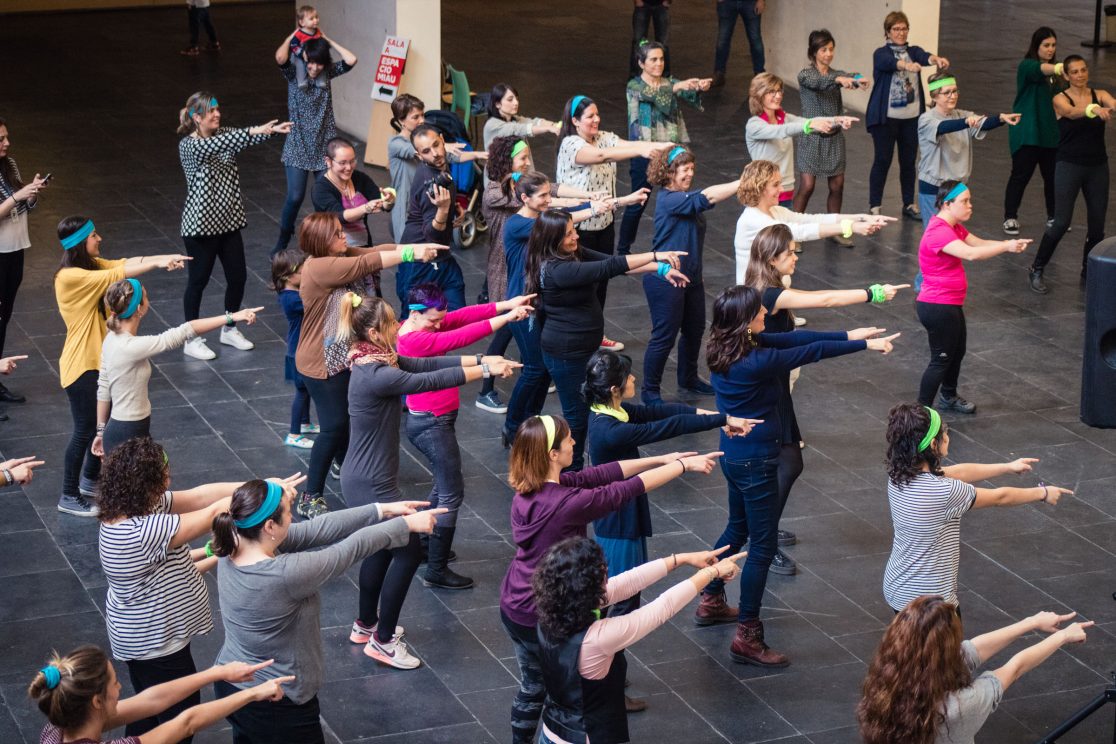 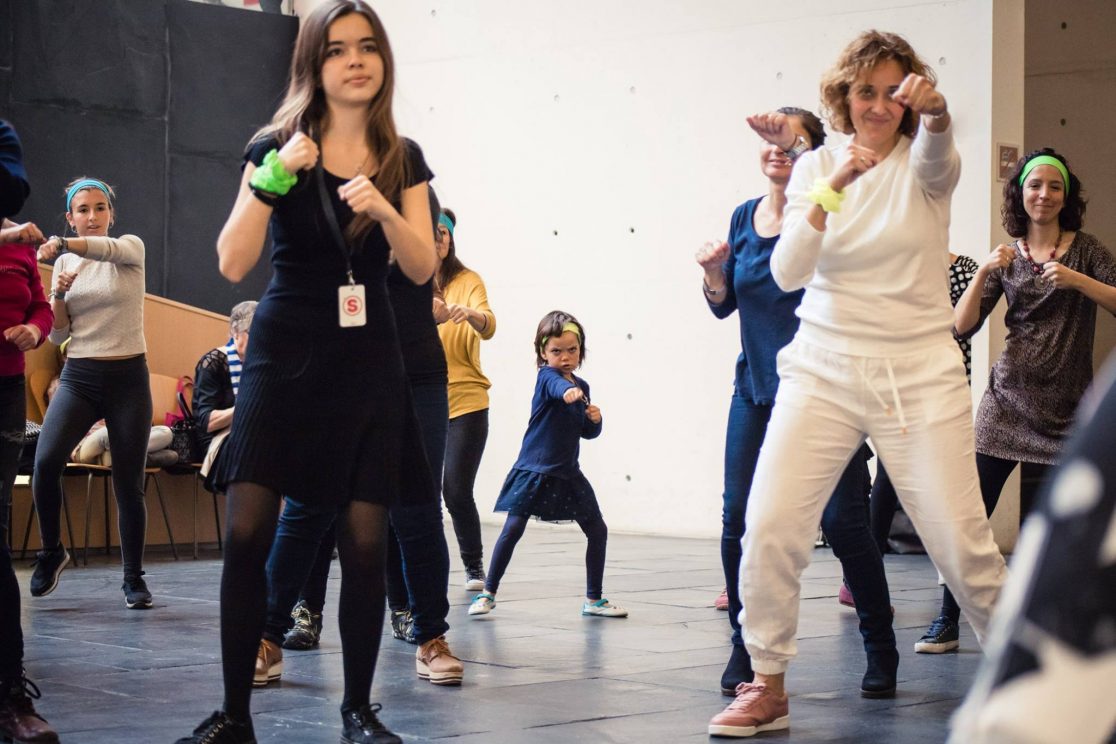 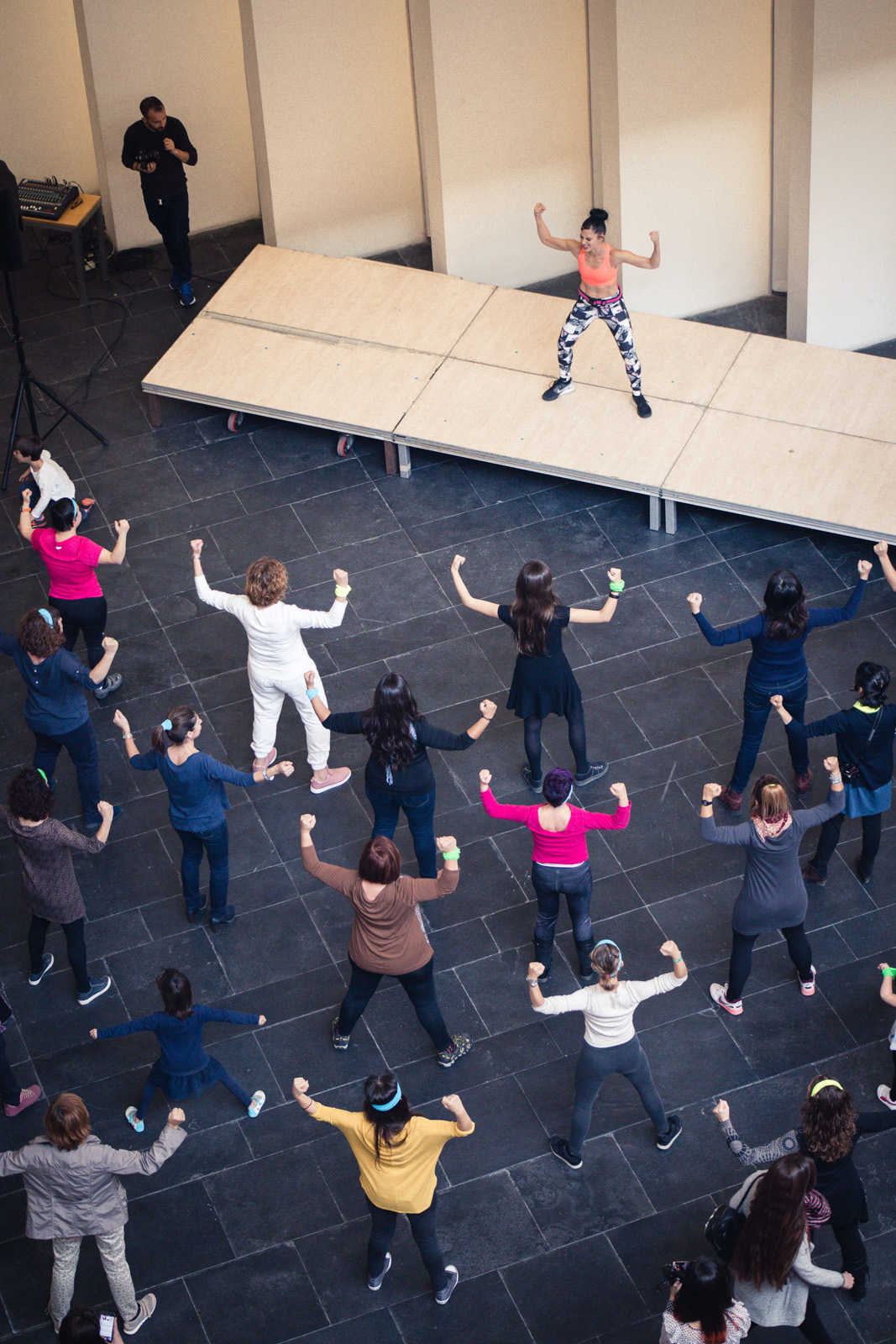 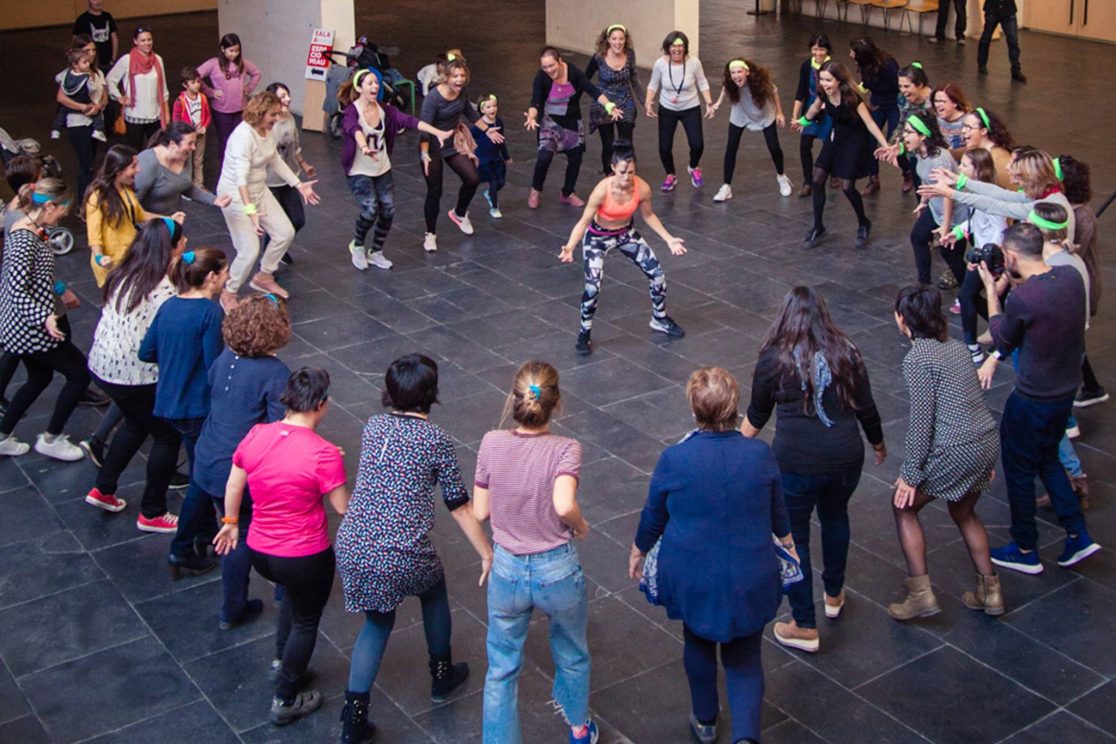 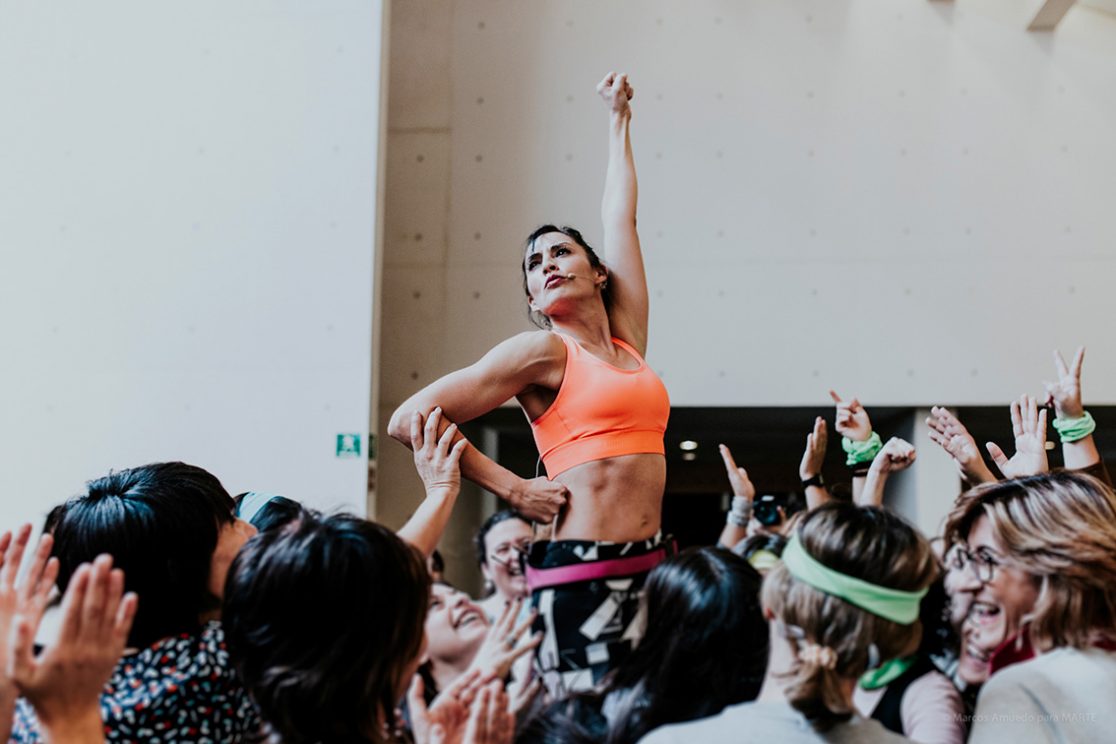 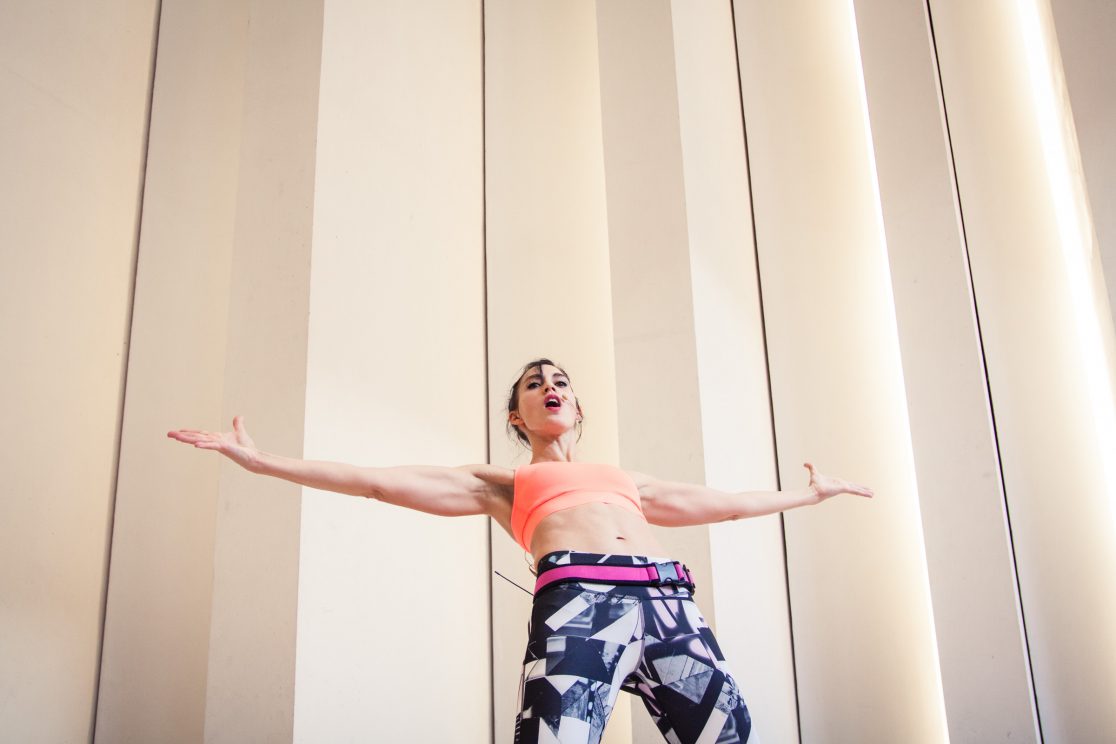