Every day in Madrid, cars’ windows are filled with advertisement flyers. In between those from the restaurant next door and the latest mobile carrier bargain one can easily spot tons of images of naked girls without a face, available 24/7. These images have become so naturalised in the city’s landscape that now pass as almost unnoticed.

On October 18th, those same flyers offering women’s bodies also filled the streets of Madrid, but arranged in a very different way, aiming to launch a very different message. Those faceless and voiceless women featured in the flyers joined forces and formed a massive “HELP” word, in a similar manner as castaways do from the beach. The aim is to be seen by the rest of society.

The installation, created and carried out by Yolanda Dominguez, was made with over 100kg of prostitution flyers picked up one by one from cars’ windscreens by the neighbours association No Acepto Madrid, and with the collaboration of the Madrid Women’s Council, in order to make visible an activity that violates Human and Women Rights, and that feeds exploitation and slavery of millions of women and girls all over the world. Women just like the ones that the people from Madrid face every day in their car windows. 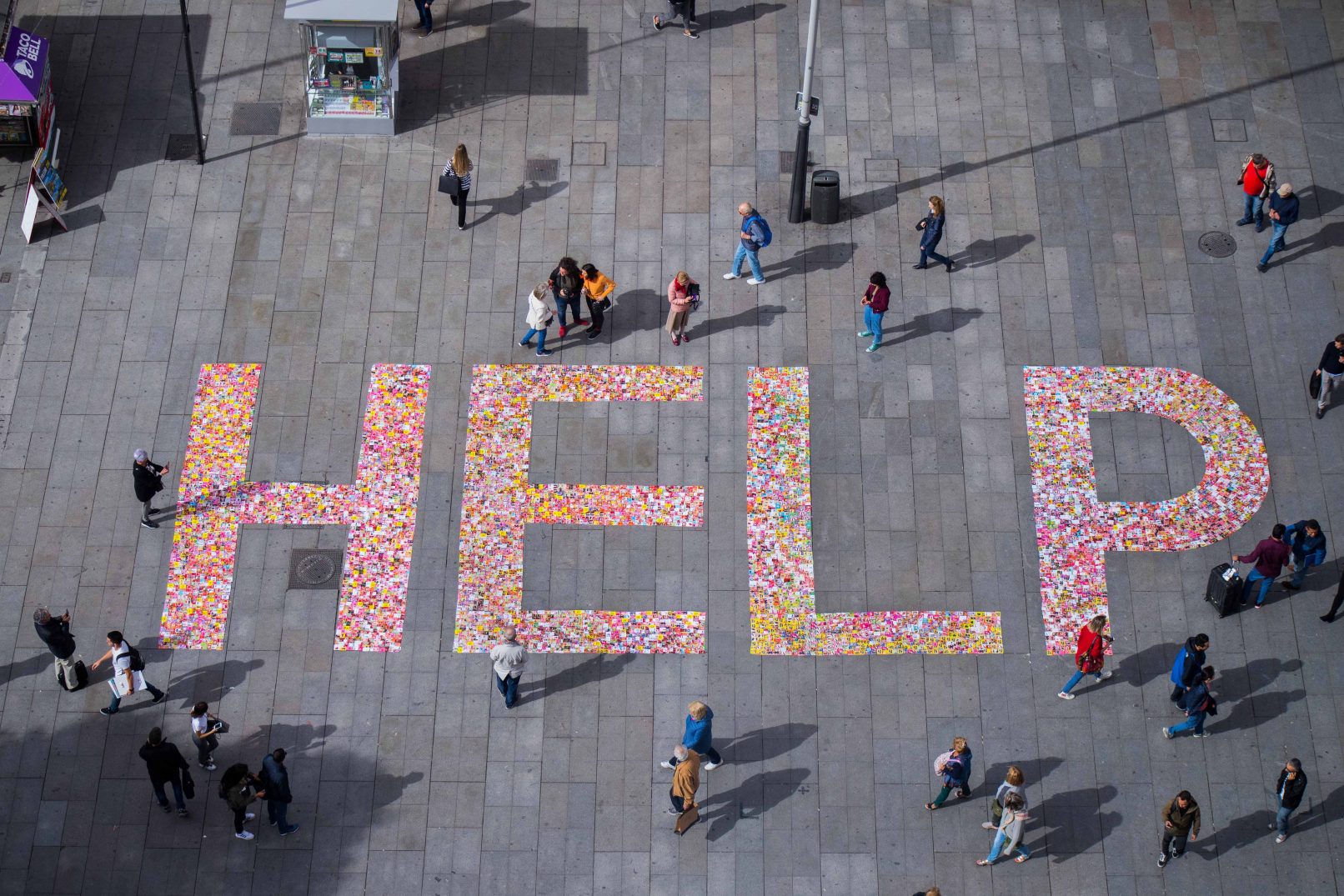 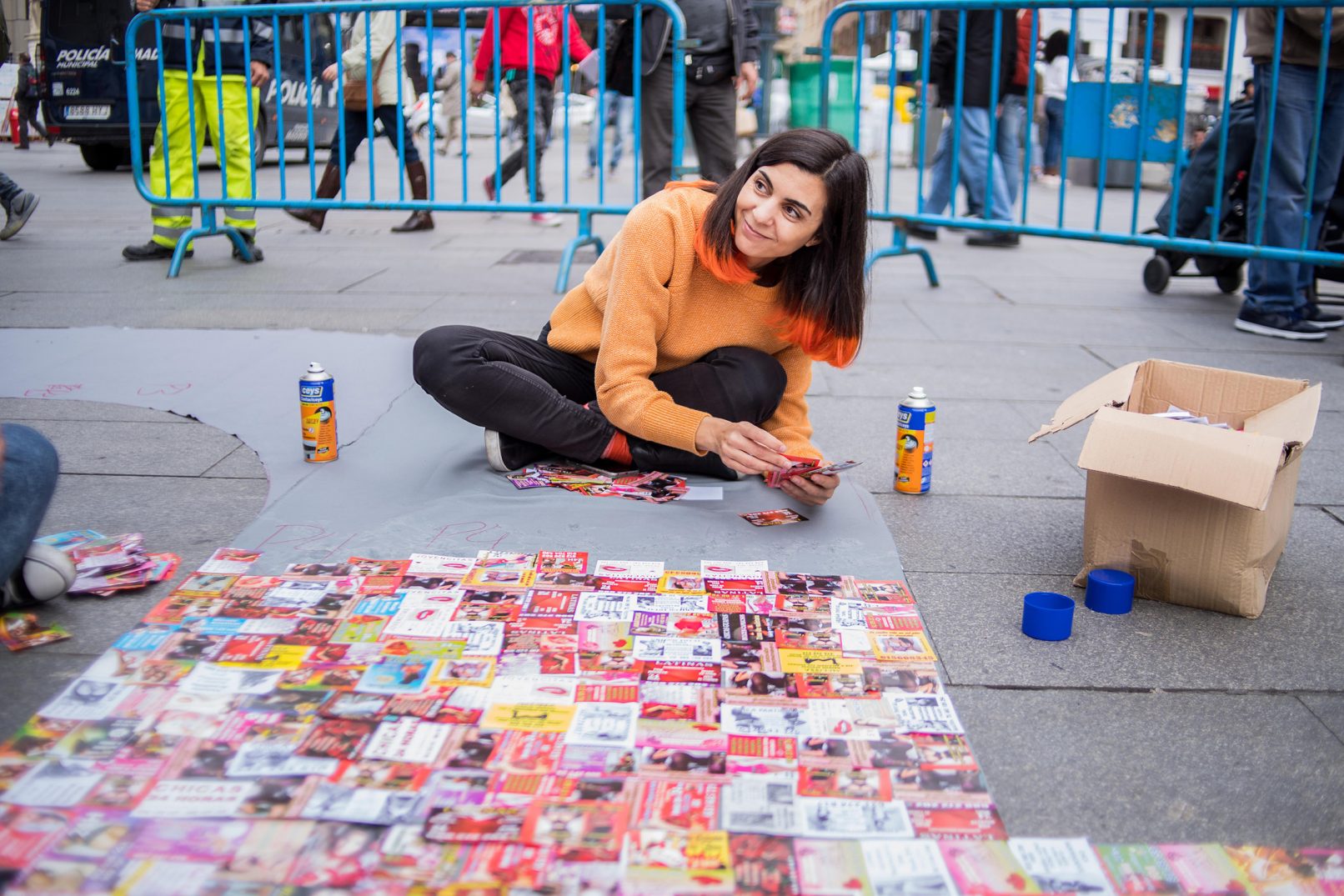 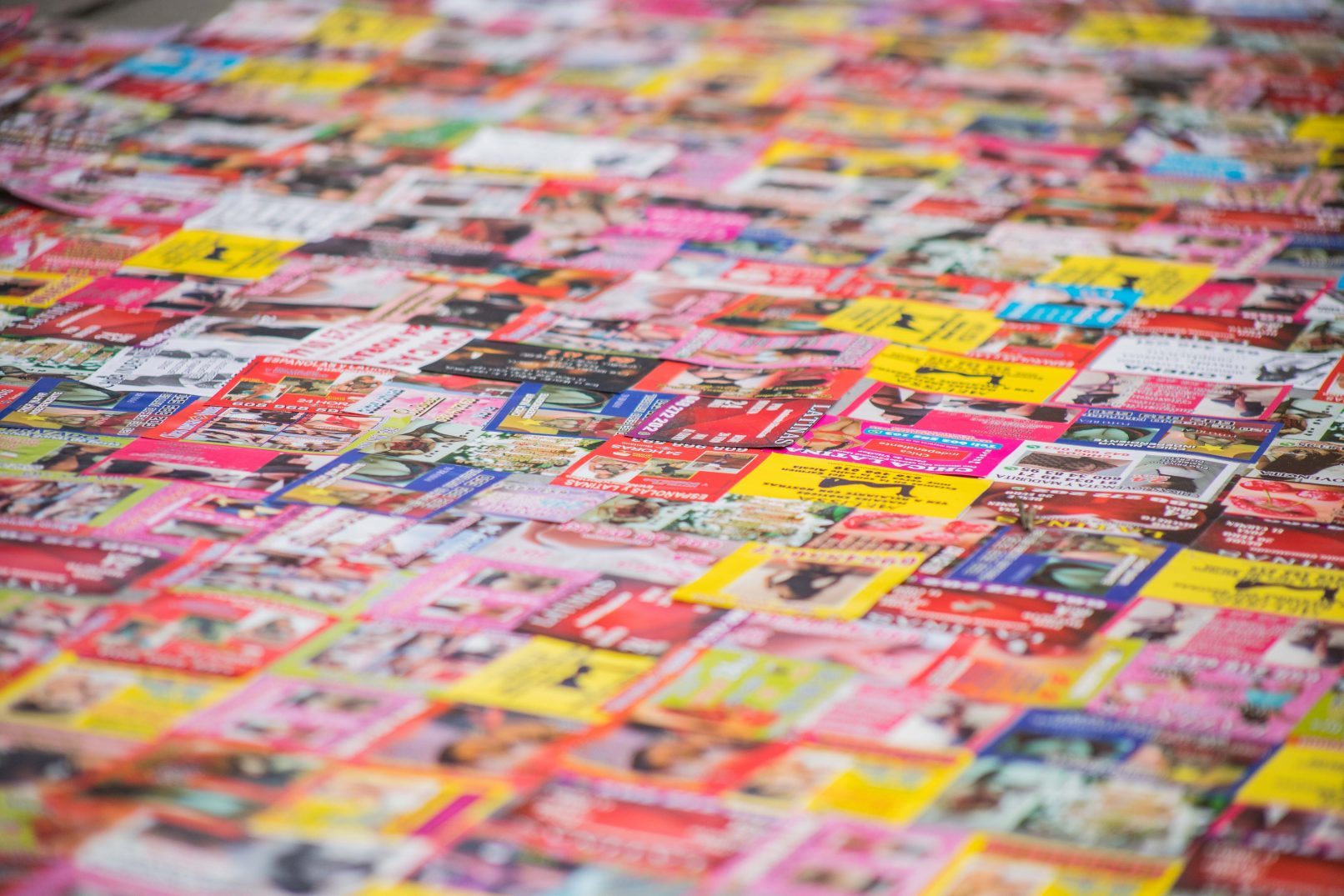 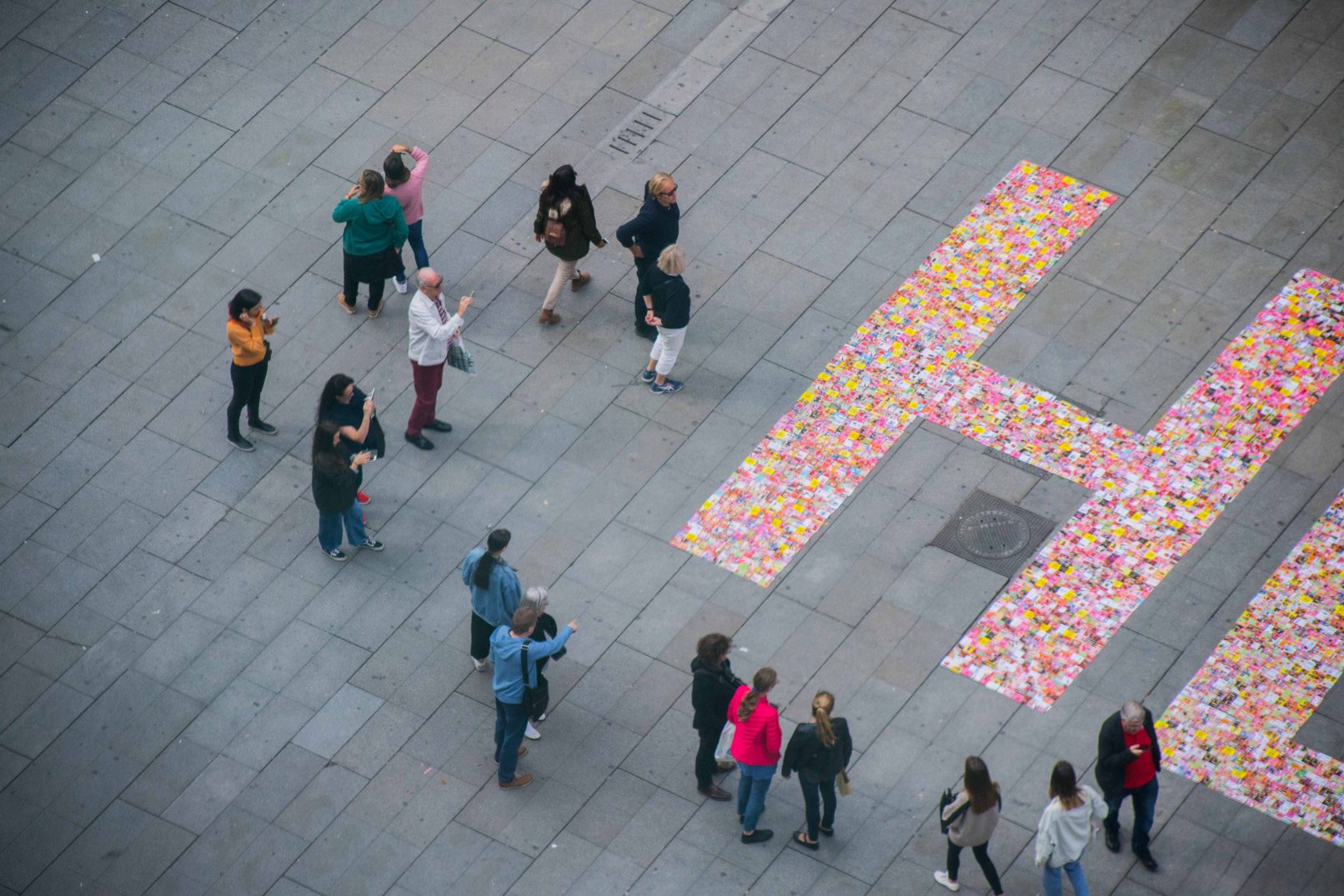 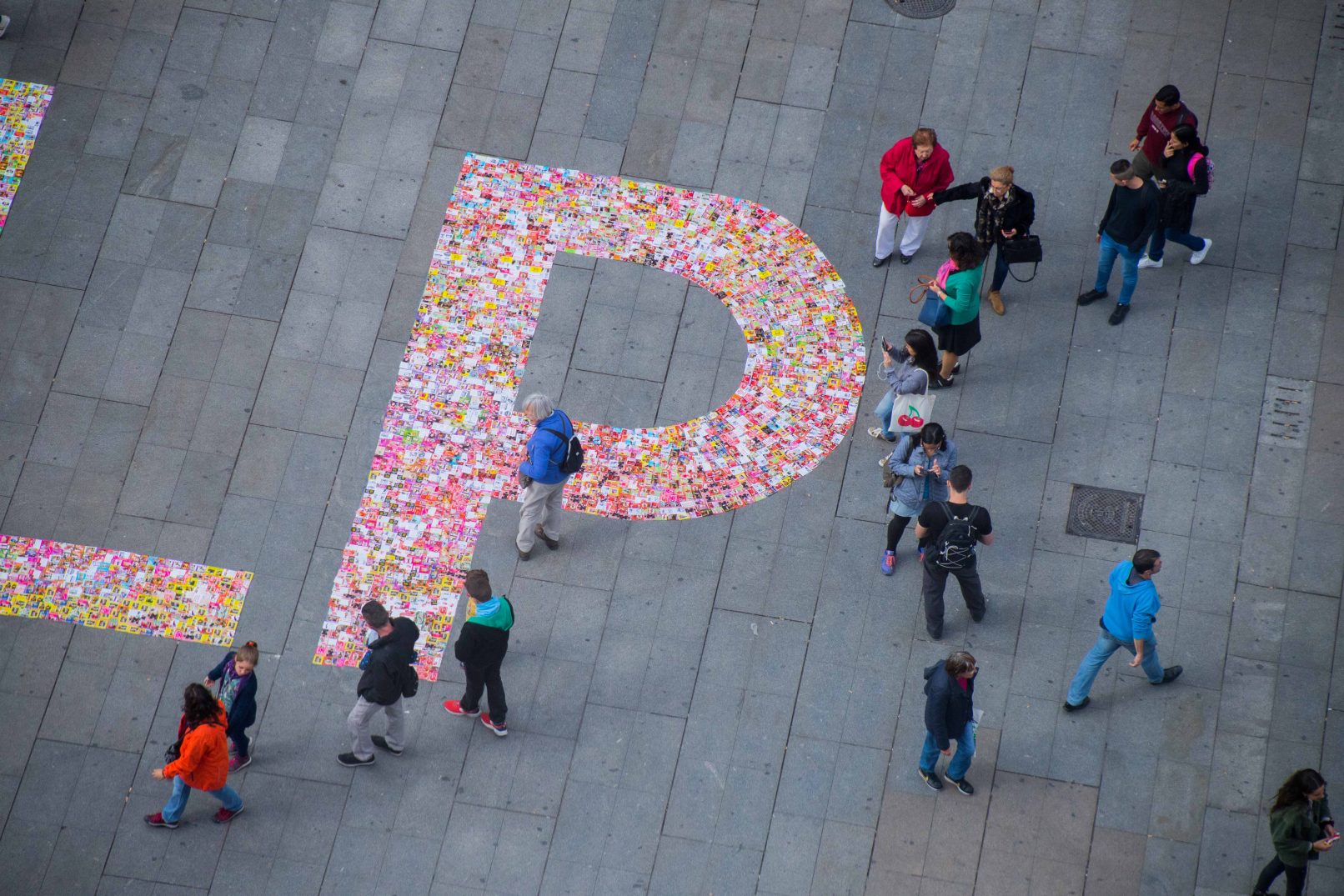 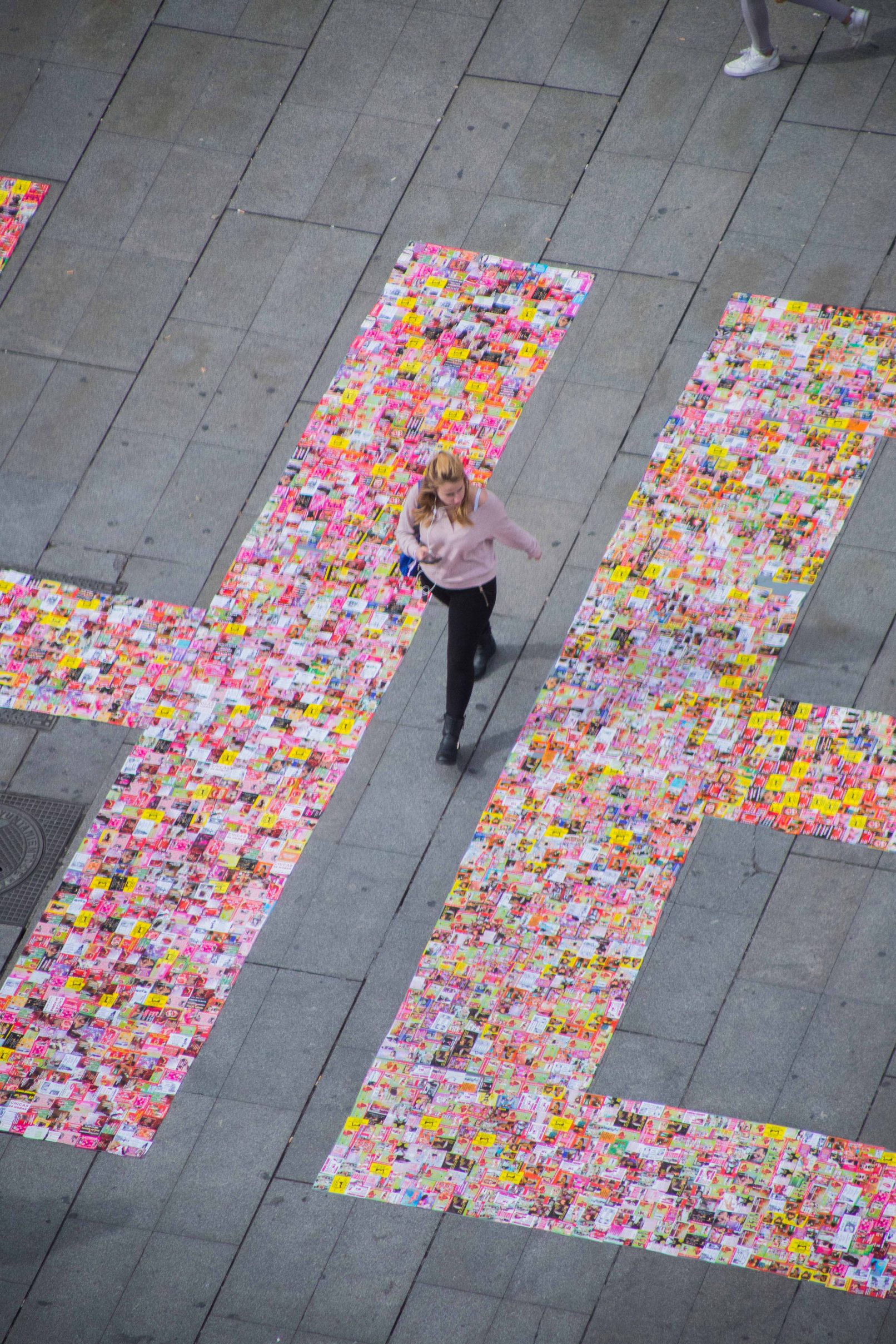 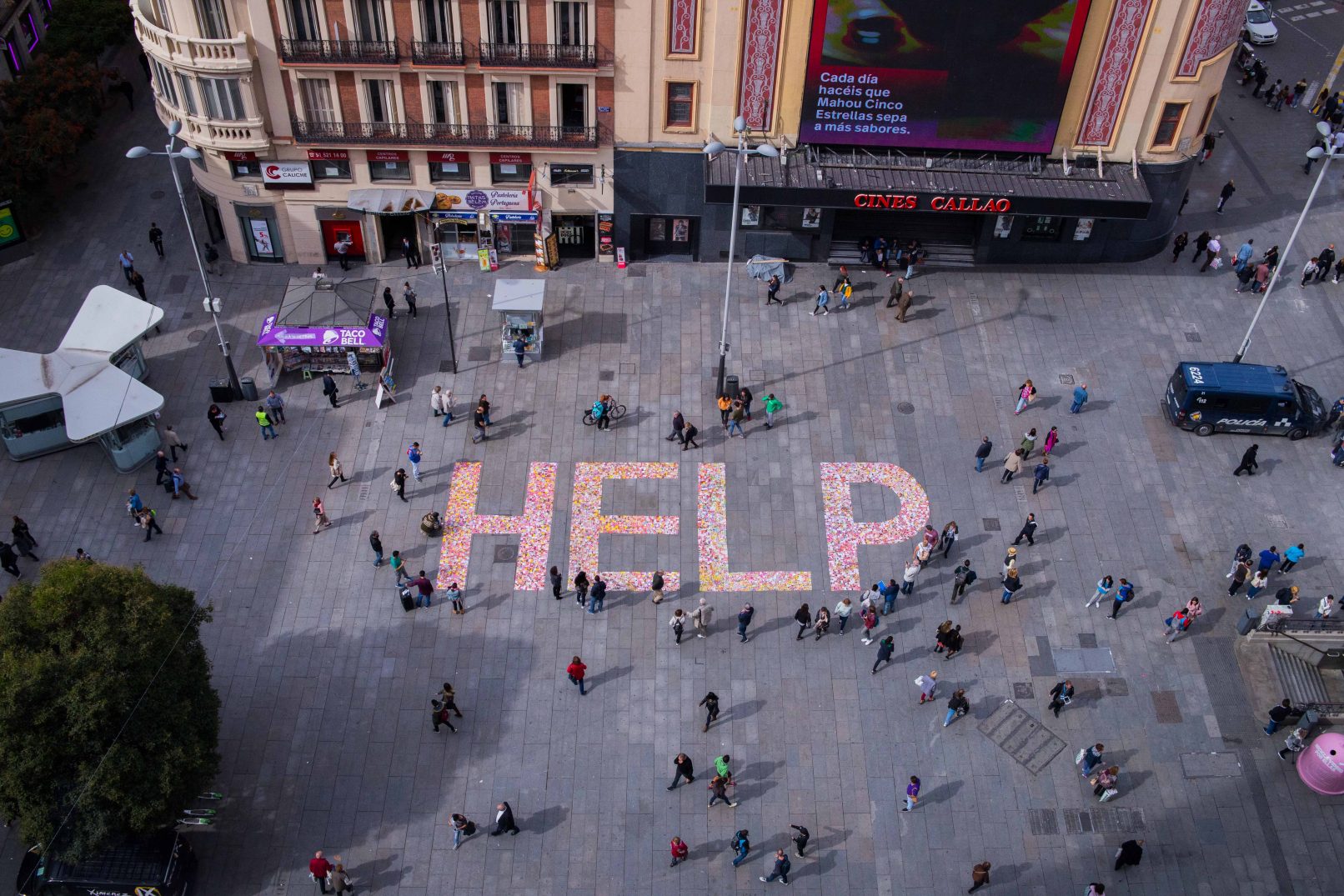 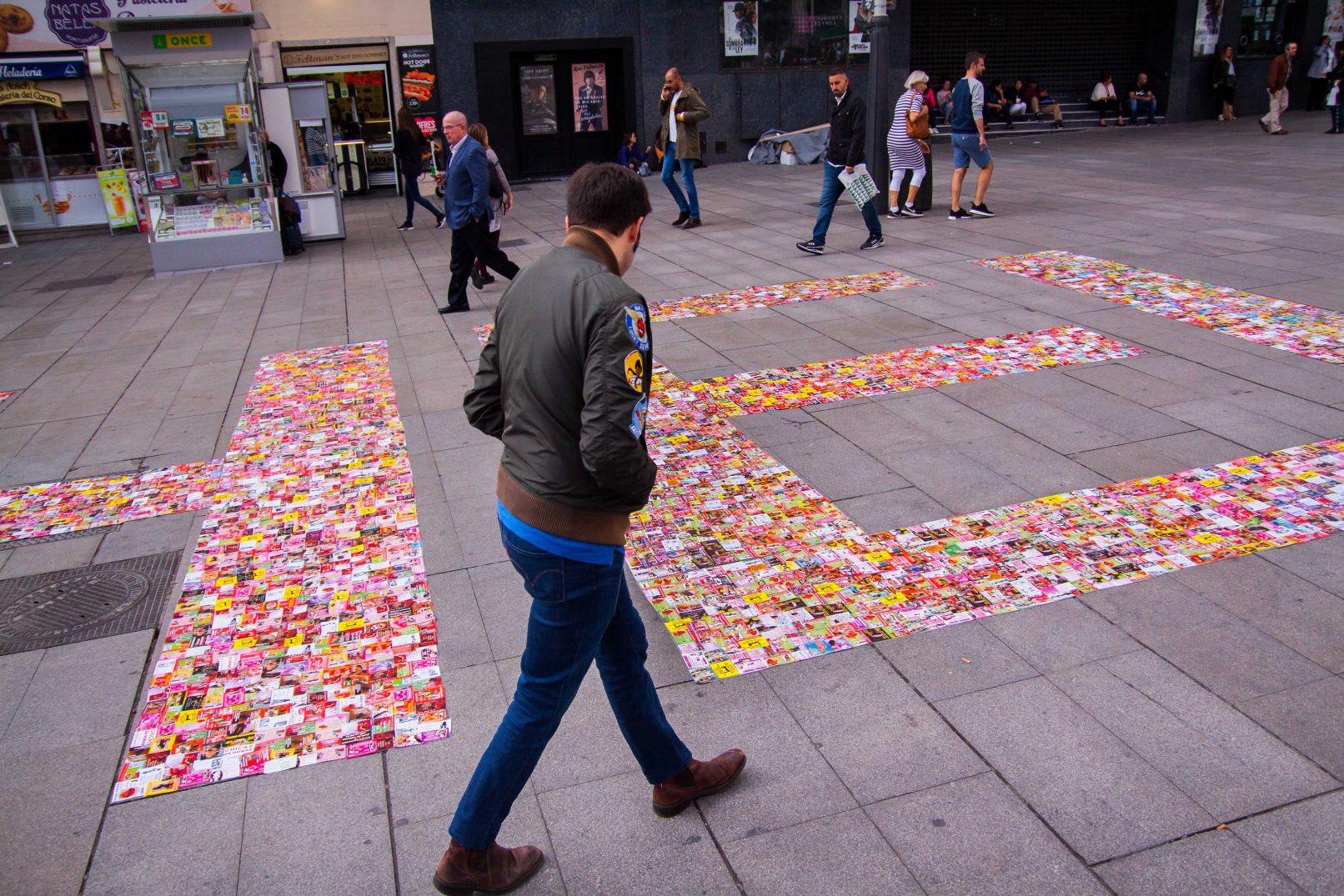 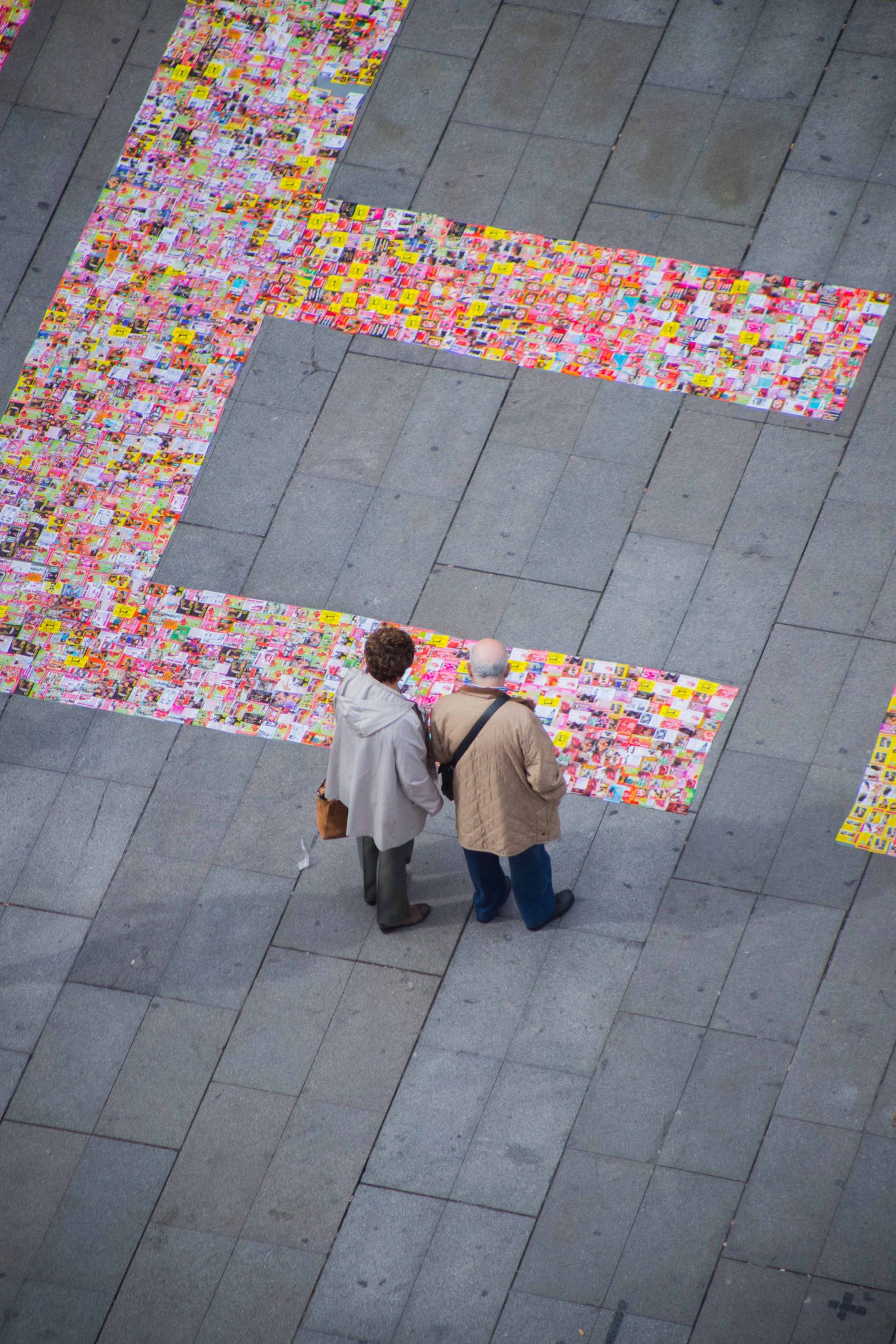 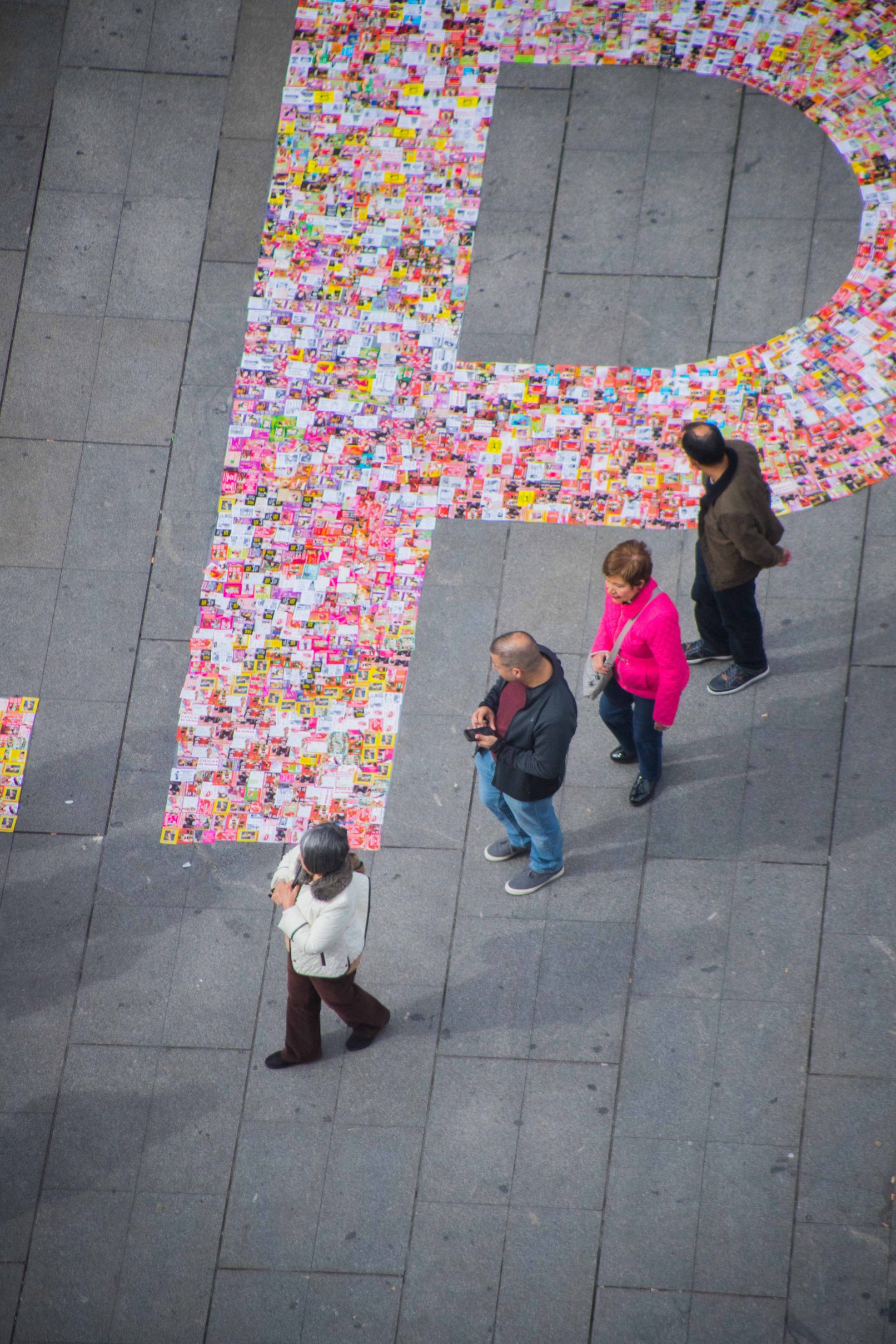 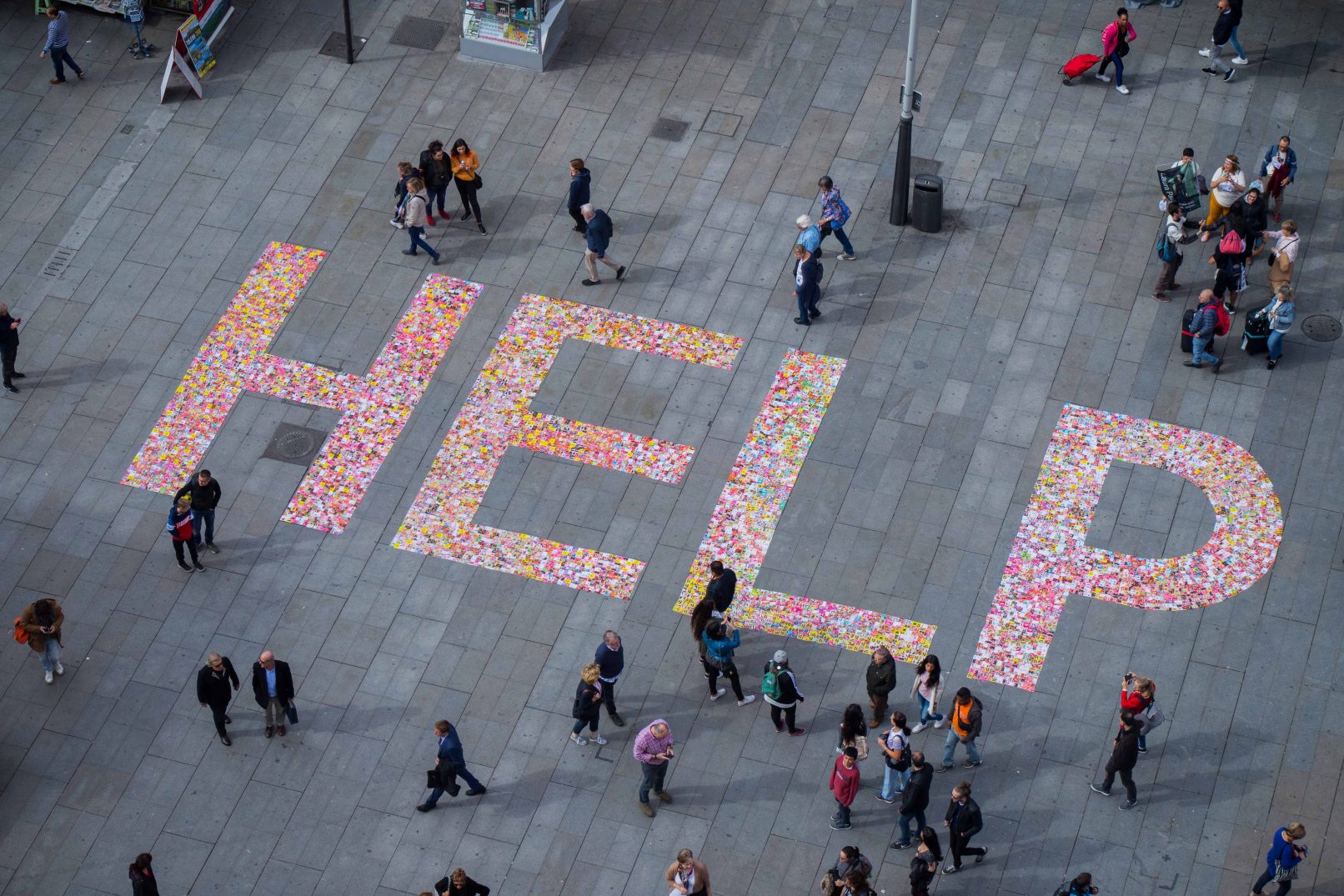